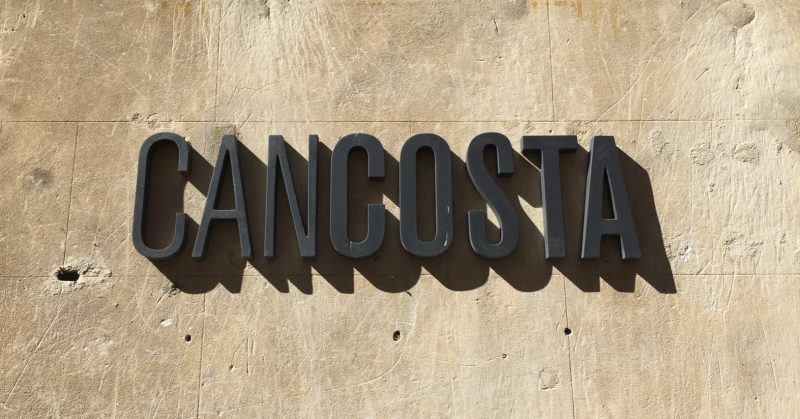 It is a sunny Tuesday afternoon in Pollensa when members of the national team make their way past us on their white Pinarello bikes in their smart blue red and white team colours.

They were in Pollensa as part of what looked to be an early season training camp; it was great to see so much obvious talent on display. Not being members of the team, however, has its advantages, one being that no one was about to start counting calories as we settled down to a stunning three course lunch in the company of a chilled Mallorcan white cat lazing in the sun on the window sill.  We found ourselves a table outside, opposite a traditional household wares bodega touting a more up to date side-line in cannabis seed and hydroponics. Lunch promised to be a real treat. Can Costa is a modern stylish cocktail bar and restaurant, with a stunning interior, the entrance flanked by original restored cinereel cameras – like walking onto a Hollywood set.  This isn’t a place for a rushed diner; the chef cooks everything from scratch, as we discovered when the olives and bread arrived (just baked and hot out of the oven).  The light creamy asparagus soup was brought in a glass jug and served at the table; Chef had the delicacy of this in-season delicious vegetable totally nailed (we had bumped into Miguel in the village earlier in the day, touting his ‘free’ booty of asparagus collected on his walk through the back lanes and footpaths).  The rack of lamb was unctuous, served on a bed of fresh vegetable with very Spanish peppers which taste of the sunshine.  There was no space left for dessert this time, so we will need to return to make sure it’s as good as the rest! Coffee rounded off a delightful lunch. The service, (thank you Pilar Rebollal) was charming and unpretentious and the was food magical. Thank you Chef Marvin (Morales Martin)

We are sure the British team cyclists will have eaten well, care of their GB nutritionists, but suspect it wasn’t quite the feast we had been treated to!