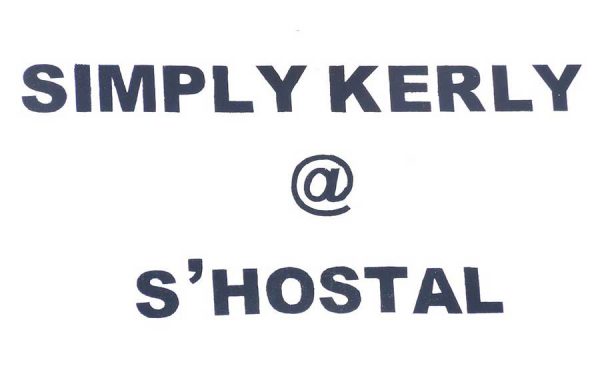 Tribute to a proud Cyclist and Talented Culinary Team.

As you cross the Faixina bridge in Palma over the La Riera river you might just miss Aligi Sassu’s sculpture of “The Cyclist”. The seven foot tall bronze was acquired by the city in 1999 and portrays a proud athelete with his machine, looking towards the centre of the city and the mountains beyond. He is for the time being obscured in the fronds of the young palm which was planted when he was first installed by the bridge. At the moment, the palm is a bike length ahead of the statue (quite literally over his head). No doubt in a decade or so he will once again have pride of place on his corner as the palm reaches for the sky and he able to contemplate the horizon again. If you are in Palma he deserves a visit. Take in this beautiful, tactile sculpture proudly resting for a while on his bicycle while the hustle and bustle of the busy Passeig de Mallorca’s traffic passes on by.

Back at home in Búger, our stop at what was historically the local hostel for travellers and their animals called S’Hostal turned into a veritable gastronomic revelation: Simply Kerly. The “Simply” in the name risks concealing a unique culinary talent, a passion for food “mallorqui” and a dedication to charming service. Valentines day 2015 saw the restaurant re-open, run now by local girl Enedina and her chef husband Lee. They make a formidable team. He has an amazing touch with the ingredients he chooses, all carefully sourced and skillfully, delicately cooked. The produce is invariably fresh and very local, though when not available locally, freshly imported. Enedina showed us to a table outside by the portico and brought us menus with warmth and charm. Being our first visit since the restaurant had re-opened, we adopted our usual approach and asked for the daily menu.

We were treated to a starter of crispy bacon and ripe avocado salad, dressed in a delicate well-balanced vinaigrette. The still unresolved debate between us about the next courses is this: “was the piece de resistance of the meal the main or was it the dessert?” The main dish was the freshest, most fragrant chicken curry we have eaten in a (very) long time, Lee picking the kaffir lime leaves and chillies from his container garden beside our al fresco table, as we savoured our starters – how fresh is that! The completely unexpectedly surprise arrived when Enedina proffered the dessert menu and amongst them was a uniquely British pudding. For Sarah the lasting memory will be of the greatest pudding in her top-ten list, rhubarb crumble for dessert. The rhubarb will not grow in the heat of Mallorca, so Lee has it flown in fresh (not frozen mind) by a mate by the boxful and makes the most unctuous crumbly, crumble, not too tart, just rhubarb perfect – the chantilly cream helped it slide down and she could have eaten it all over again, but luckily for me we finished simultaneously! Lunch over, Lee and Enedina chatted warmly and amusingly about all sorts of topics, some local, some broad ranging. We had a delightful meal and afternoon.

Lee and Enedina provide a tasting menu in the evenings and we can’t wait to return to try all their offerings – the odds of having such a hidden gem just down the road are incalculable. It is not a case of dropping in to the restaurant if you happen to be in the area, Simply Kerly deserves to be on the itinerary of every visitor to the Island… that is providing we can still find a table when we next visit!